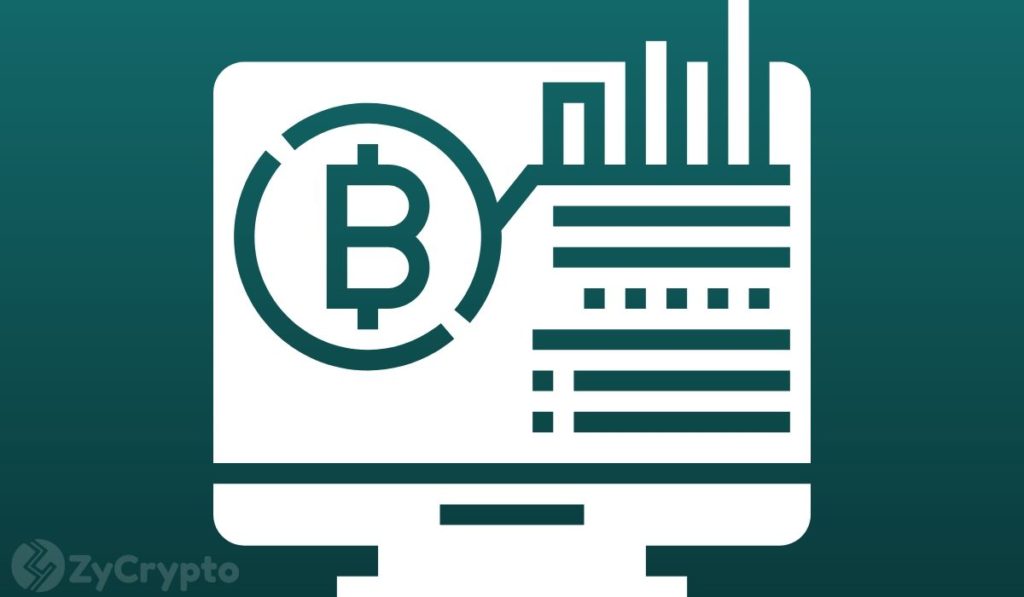 Bitcoin is becoming more like gold in the macroeconomic sense and will continue outperforming its peers, Bloomberg said in its latest cryptocurrency report sent to subscribers.


The Bloomberg Crypto Outlook July 2020 Edition reported the current low volatility in Bitcoin and how it would fare in the broader market that included gold, and stocks.


The global central bank-easing as well as rising gold prices are favorable trends for Bitcoin, which does not have a supply issue vs. the yellow metal. (Bitcoin has a hard cap of 21 million and a steady schedule of release.) The supply issue and increasing institutional demand shift the researchers’ view that Bitcoin will ‘tilt’ towards price appreciation. The report pointed out the Grayscale Bitcoin Trust (GBTC) which has been buying more Bitcoins in the last few months. While Grayscale only owns 2% of Bitcoin’s supply, its transparency is a good real-time indicator of investor demand.


With 65% of the entire cryptocurrency marketcap, the researchers expect Bitcoin to outperform its crypto peers. “Bitcoin is to its sector as gold is to commodities, with favorable macroeconomic underpinnings,” the report noted. Furthermore, The Bloomberg Galaxy Crypto Index is pointing that the “oversupplied cryptomarket” has “little chance” to appreciate unless Bitcoin does.


“There is only one gold, and Bitcoin is the equivalent in the crypto-asset market. Increasing adoption of the first-born crypto is showing few signs of let-up, supporting our price view” – Bloomberg Crypto Outlook July 2020


The research also took note of the so-called “Crypto Hangover” from late 2017 to early 2018, when cryptocurrencies went to a parabolic phase. Because there is too much supply of altcoins, Bitcoin’s increasing maturation and widespread adoption will favor it vs. its rivals, the report further added.


Most importantly, the analysis pointed to increased demand, the category that matters most as the key differentiation between Bitcoin and other nascent asset class.


First, there are more active addresses being used, a key signal of big price movement happening soon. The researchers noted that when the 30-day average of unique addresses breached the previous high, it preceded Bitcoin’s recovery in 2019.


Second, there is increased futures open interest. The researchers regarded futures as a significant benchmark that could signify Bitcoin becoming a mainstream asset class. Of course, futures aren’t the only key to joining the mainstream, though being treated on U.S. regulated exchange as well through Bitcoin ETFs, which the US SEC has been reluctant to approve.


On the subject of volatility, Bloomberg’s Crypto Market Outlook remarked that Bitcoin’s annual volatility is at record lows vs gold, equities, and commodities like crude oil. This, according to the researchers, indicates that the world’s first cryptocurrency “is maturing on a risk-adjusted basis.”


Finally, the report described Bitcoin as a “Resting Bull” based on its technical outlook. The declining volatility, the research noted, is a sign of maturation. “And history teaches us that risk measures typically follow prices higher.” Bloomberg’s Crypto Outlook concluded that $10,000 is the price pivot and it expects that it’s only a matter of time for Bitcoin to breach it.


Bitcoin is also “on the cusp of the narrowest annual Bollinger Bands” and this indicates that a price breakout is bound to happen soon. “Higher price is the path of least resistance,” the researchers added further. “When Bitcoin exits its cage, about $13,000 is a good initial resistance target.” Although, the report also warned that sustaining the bottom band at around $6,500 would jeopardize the solid uptrend.


Every Crypto Trading and Investment Activities Involve Risk. This Article Is Provided For Informational Purposes Only And Shouldn’t Be Taken As Investing/Trading Advice. 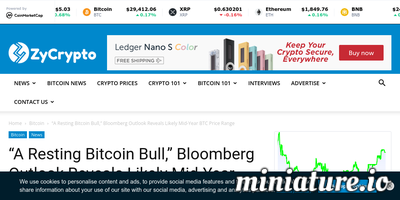