Bitcoin is currently trading at $10,693 after slipping below $10,900 on October 1 due to several negative news. From the KuCoin hack a week ago to Trump getting infected with the Coronavirus, the Bitcoin holder’s strength has been tested thoroughly.


Surprisingly, the price of Bitcoin hasn’t dropped too much since the beginning of October. On the daily chart, after dipping below the 100-MA twice, BTC managed to recover and it’s now trading right above the support level.


A triangle has been formed with the upper boundary at around $10,700 and the lower trendline at $10,300. A breakout of any of these two levels will most likely be accompanied by a lot of trading volume.


If bulls can successfully defend the 100-MA and see a breakout above $10,700, Bitcoin could easily re-test $11,000 in the short-term and perhaps even look at $12,000 as the next target price as there isn’t a lot of resistance on the upside.


Another interesting bullish fact in favor of Bitcoin is the notable increase in whales. According to the BTC Holders Distribution chart by Santiment, the number of whales with 10,000-100,000 coins has increased from 104 on September 13 to 111. This means that 7 more whales are holding at least 70,000 Bitcoin combined, $735,000,000.


On the bearish outlook, Bitcoin still hasn’t filled the long-awaited CME gap at $9,600. The $10,000 critical support level was defended for 7 days from September 3 to September 10. Bulls are currently comfortable despite negative news as the price has established several strong support points on the way down.


Nonetheless, the increased selling pressure can still be an important factor in the short-term. The U.S. President Donald Trump was infected with the Coronavirus and it’s unclear what will happen to the stock market this week due to the news. We know Bitcoin and the crypto market tend to be correlated with the stock market when there is high volatility.


Either way, it seems that Bitcoin is holding much better this time around and whales are clearly still interested in the digital asset. 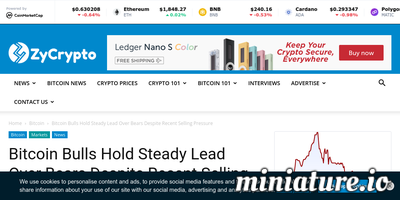