CoinJoin-like schemes are not as anonymous as users may want to believe and some exchanges even have a zero-tolerance on mixing tools.


Starting with Wasabi Wallet’s CoinJoin, CoinMix, and any other Coin mixing (UTXO) concepts, he said that they are “Absolute garbage” adding that he would know because he implemented the first CoinJoin feature.


In a descending list from the worst to the slightest decent concepts, Amir mentioned MimbleWimble, Monero, and Lelantus.


However, according to him, Zero-Knowledge accumulators are the new anonymous gold standard. His tweet said:

Monero – marginally better but not anonymous


These concepts provide enhanced privacy features by obfuscating transactions for people who want complete anonymity while transacting on or across different blockchains.


Zcash is yet another blockchain that implements Zero-knowledge proof (zk-SNARKs) to anonymously process transactions and protect users’ privacy. But according to Monero’s core team member Riccardo Spagni, the feature is not as anonymous as previously thought, since a user was able to trace the output address to its source transaction address, as is evident from these tweets.


Defending Zcash’s effectiveness on a series of tweets, Founder Zooko Wilcox said that an anonymous feature is only effective if people use it correctly.


He said total obfuscation doesn’t work backward. People cannot expect to retain their privacy if they start off on a transparent blockchain like BTC, ETH, or Zcash t-addresses and then move their coins for mixing to platforms like Tornado or Monero.


Transparency of Transactions in Blockchains


Amir’s tweet followed shortly after blockchain analysis firm Elliptic said that Twitter scam hackers were using CoinJoin on Wasabi Wallet to move stolen funds. In this case, the hackers started off on a transparent blockchain and moved over to Wasabi to obscure their transaction funds, readying for cash out.


According to Elliptic, their superior tracking tools could help exchanges screen any addresses transacting on their platforms in relation to the scam.


Mixing services sever the link between the old input address and the new output address. In a case like CoinJoin, multiple users who combine their coins are also unable to tell which coins came from which input address, once the mixing is done.


While mixing services are great to avoid leaving a transactional trail on blockchains, it raises the issue of illegal activity such as money laundering or illegal purchases.  It also bypasses KYC requirements of many centralized exchanges which help to maintain transparency and accountability of crypto transactions.


Last year in December, Binance returned frozen BTC funds with a warning not to do it again, to a Singapore-based Binance user who was using Wasabi Wallet’s CoinJoin to move funds anonymously. 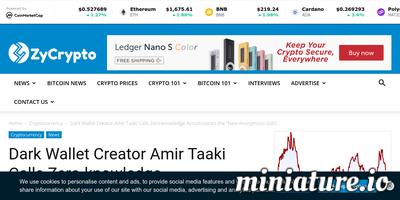