On January 30, the software developer Pokkst published a blog post sharing his experience of how he’s been maintaining the Java BCH library bitcoincashj for the last 10 months. At one time Pokkst used to develop BTC applications, but then switched to working with BCH in March 2019. The programmer explained how he put a lot of work into the bitcoincashj library after forking it from Mike Hearn’s original bitcoinj implementation.

This week BCH supporters read a blog post from the developer Pokkst who explained he’s been working on the Java implementation for the Bitcoin Cash (BCH) protocol (bitcoincashj) over the last 10 months. Pokkst is a programmer who used to write applications for BTC but in March 2019 he switched to developing BCH applications. At the time, in a blog post called “Why I’m moving to BCH,” Pokkst said that he liked innovation and had “high hopes” for the Lightning Network. “Unfortunately, the Lightning Network is an over-engineered mess,” Pokkst stressed. “Trying to walk someone through depositing Bitcoin to a wallet, opening a channel and routing the payment through the network, then explaining why larger payments do not route well will kill adoption of the Lightning Network.”

Since then, Pokkst has been very active within the BCH community and he has developed a number of applications. During the last week of March 2019, news.Bitcoin.com reported on Pokkst’s photo gallery application that makes a BCH wallet look like a smartphone photo folder. The developer also released the Crescent Cash (CC) wallet which became the third BCH light client to adopt the Cash Accounts protocol.

In April 2019, CC added Simple Ledger Protocol (SLP) token support. The following month, Pokkst implemented a new feature to CC that allows people to send bitcoin cash through a text message. Pokkst is also known for his work on the platform Tipbitcoin.cash, a tool that gives anyone the ability to tip their favorite streamer on Twitch using bitcoin cash. In addition to all the applications and wallets, the developer also worked on bitcoincashj, a Java implementation for Bitcoin Cash.

“I like Java for programming — For me, it’s easy to develop quick prototypes for. It’s also the language used for Android apps,” Pokkst wrote on the read.cash platform on Thursday. “Because of this, I liked using bitcoinj when developing BTC applications back in the day.” The software developer added: 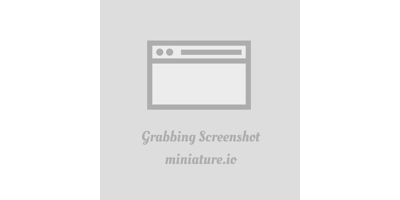