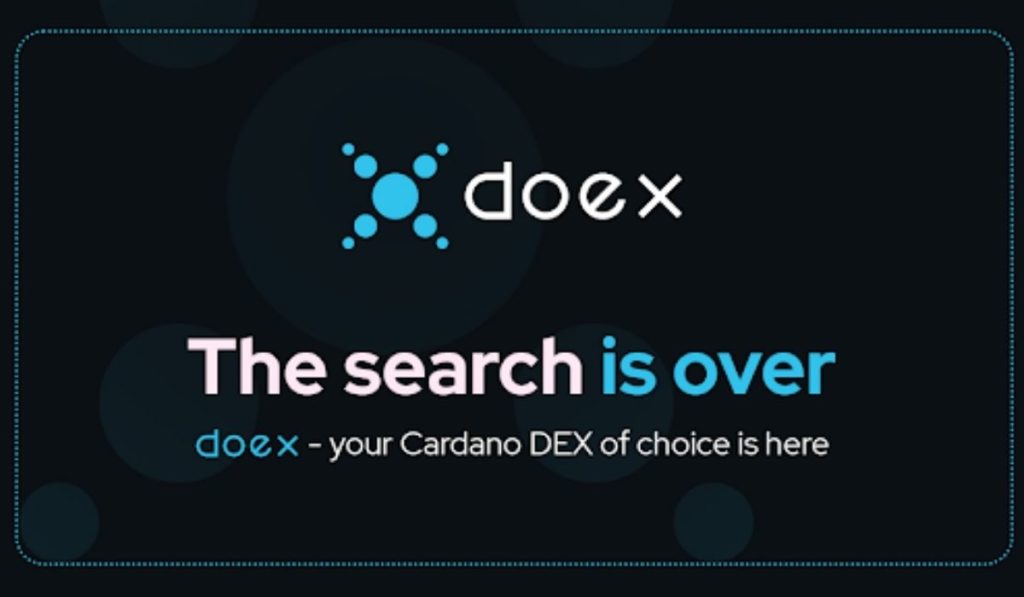 AMM-based decentralized exchange DOEX has announced that it is set to actualize its longtime goal of becoming the first Cardano blockchain-based DEX.


In a bid to achieve its stated goals, the team behind DOEX revealed they are making necessary moves and deploying necessary infrastructures to develop the platform in preparation to become the first Cardano Blockchain-based DEX.


DOEX highlighted this as its vision saying;


“Our vision is to become the first Cardano-based DEX, ensuring interoperability across chains and allowing for the seamless swap of tokens both on the Cardano blockchain and other ones like Ethereum via a fool-proof bridge or converter. This is part of our extended vision of laying a solid background for extended business and expansion opportunities. Our long-term objective is to be the one-stop shop for DeFi services on the Cardano blockchain, including but not limited to, staking and asset management.”


Hence, the Cardano network has been lagging behind in this regard as it is considered to be far behind the top three blockchains when it comes to DEX daily wallet activity. It appears that its superior technology, pent-up demand, and visionary leadership are not enough to make it rival other networks with efficient DEX performances.


Fortunately, DOEX’s efforts to become the native decentralized exchange of the Cardano network will put an end to these lapses.


The new development will see DOEX becoming the decentralized exchange on Cardano tagging it as DOEX DEX.


Per the announcement, the DOEX DEX is scheduled to launch by the end of the year but there is no definite date for the launch yet.