The ETH price looks like stabilizing after two days of decline. On Tuesday, June 16th, it is generally trading at 232.60 USD. Yesterday’s low was at 218.10 USD.

On D1, ETH/USD keeps correcting in an uptrend. The quotations are again testing the lower border of the ascending channel. The pair keeps trading between 61.8% and 100.0% Fibo. The MACD remains above zero. Judging by all the factors, we may soon expect a test of the lower border of the ascending channel, a bounce, and further growth to 265.00 USD. However, a pullback to 61.8% is neither excluded.

On H4, a correction in the uptrend also continues. The Stochastic is currently forming a Golden Cross, which may serve as an additional signal of a bounce off the lower border of the ascending channel. The aim of further growth is still at 265.00 USD. However, a deep correction to 220.00 USD is neither excluded.

The commission fee mistakenly paid for an ETH transaction, will be distributed between the miners of the Etherchain pool. As long as the sender of the finance has yet failed to contact the company, the “frozen” money will be sent to the miners. This is not a common practice, however, it seems like there is no other option.

Last week, there were two cases of paying an extremely high commission fee noticed at once. The Bitfly operator announced that the sender had four days to get in touch with the company. In fact, several people claimed themselves to be the senders, however, none could provide a valid signature of the wallet as proof. The commission fee sized 2.4 million USD is, indeed, huge – the normal fee for such a transaction would be 0.30 USD.

The whole story looks very unclear and sometimes even dramatic. It might be part of some fraud, if so, it is clear why the sender does not come to surface. On the other hand, not anyone can afford to lose such a sum on commission fee: again, we have more questions than answers. In Bitfly, they say that if the story repeats, they will not look for the sender anymore. 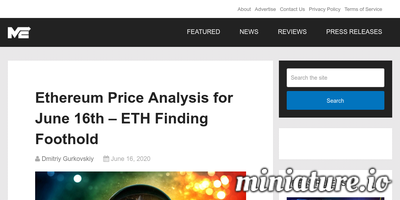