Home /
Crypto Currencies World /
Grayscale Records Bumper Q3 With Over $1 Billion Crypto Investments Brought In — So Why Is Bitcoin Stuck In A Rut?

Grayscale Records Bumper Q3 With Over $1 Billion Crypto Investments Brought In — So Why Is Bitcoin Stuck In A Rut?

While most firms have been struggling as a result of the pandemic, for Grayscale, Q3 was the best quarter they have ever had. In its quarterly financial report released yesterday, the firm announced that it had attracted more than $1 billion in fresh investment during the third quarter of 2020 across all the cryptocurrency products it offers.


The world’s largest crypto-focused fund manager Grayscale brought in a record-setting $1.05 billion across all investment products in Q3 2020. Much of these funds were directed towards the flagship cryptocurrency through the Grayscale Bitcoin Trust (GBTC), with $719.3 flowing into the BTC fund.


Total bitcoin assets under the management of Grayscale have registered a growth of around 147% this year alone. Moreover, for the year so far, investments in the Grayscale suite of products have exceeded $2.4 billion. This is more than twice the total investments Grayscale brought in between 2013 and 2019.


Besides the Grayscale Bitcoin Trust, Grayscale revealed that other products also saw notable growth. “Among alternative products, the most notable increase in appetite has emerged for Grayscale® Bitcoin Cash Trust, Grayscale® Litecoin Trust, and Grayscale® Digital Large Cap Fund,” the report reads. To be exact, these products saw the inflows increase by over 1,400 percent on a quarter-over-quarter basis.


Bitcoin In The Mainstream


Notably, important institutional players have been allocating a good amount of their capital to bitcoin in recent months as a hedge against the cloud of uncertainty hanging over the global economy.


Grayscale is one of the few funds taking full advantage of the increased institutional interest in bitcoin. The fund’s tendency to attract institutional investors continued in Q3, with a jawdropping 81% of the total inflows coming from this particular group.


In addition, MicroStrategy transformed $425 million of its cash reserves into bitcoin in August and September. Square and Stone Ridge followed in the path of MicroStrategy by purchasing significant amounts of the benchmark cryptocurrency. Some estimates indicate that public companies have collectively poured just under $6.5 billion into bitcoin.


So, Why Is Bitcoin Still Struggling?


But despite the good news floating around, the bitcoin price has been stuck in the doldrums following multiple rejections at the $11,500 region. A crypto analyst by the name of Edward Morra offered a bit of perspective on Tuesday.


In a tweet, Morra noted that bitcoin had broken a key daily supply level when it surged to $11.7K on Monday. This implies that there was massive liquidity which also acted as a stubborn resistance zone. The analyst also pointed out that the 0.705 Fibonacci resistance, as well as the R1 weekly pivot, suggest that bitcoin is due for a deeper correction.


Bitcoin is currently changing hands at $11,502.61. Morra notes that the confluence of these three bearish technical indicators makes a pullback to $11,100 more probable.


However, it’s not all gloom and doom for bitcoin. The network’s hash rate has clocked a fresh all-time high. According to Arcane Research, bitcoin’s seven-day average hash rate hit 144.29 exahashes on October 13. This, per the research firm, is an indication that the top cryptocurrency’s fundamentals are “as strong as they’ve ever been”. 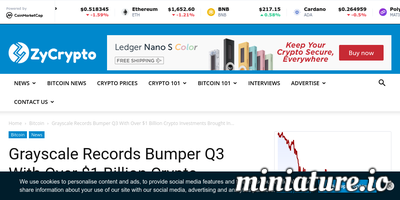