Stellar is sort of like Bitcoin. It’s a decentralized peer-to-peer payment system operating on top of the blockchain that keeps track of who owns which asset. The difference is that Stellar’s aim is to cut out the middleman that typically facilitate international transfers. Stellar wants to be the replacement for wire transfer companies like Western Union and MoneyGram. Those services charge exorbitant amounts of fees and the wire transfers they initiate can take a long time to move across borders.

Both banks and individuals can communicate with one another using the Stellar network. The project wants to render international remittance services useless. Removing all the stakeholders and intermediaries in between makes things faster, more efficient and more cost-effective.

What are Stellar Lumens?

Stellar Lumens, defined by the currency symbol XLM, are what make exchanges possible across Stellar’s global network. Users can send each other money in one currency and know that the recipient on the other end and will receive the funds in another currency. No need to go to the bank or pay a 7 to 10% fee for the transaction.

In fact making this kind of transaction on the Stellar network can cost as little as one millionth of a penny.

Bitcoin vs. Stellar: What Makes Them Different

In order to develop a deeper of understanding of why that’s the case let’s start with a broader overview. Consider that in a blockchain, all nodes in the network must reach an agreement in order to consider a transaction genuine. This is done by forcing nodes to earn a reward by solving cryptographic puzzles. In the early days of digital currencies, solving puzzles with just a laptop was good enough. Today the puzzles are much harder to solve and it’s much more expensive to earn rewards. It means big miners with tons of resources and money control the network. This means not only is it more expensive to mine bitcoins, it also makes the network move slower. Now consider Stellar’s approach.

Stellar has its own Stellar Consensus Protocol. The Stellar network doesn’t require mining to validate transactions. That means the way Stellar Lumens are distributed amongst nodes isn’t directly connected to anything related to mining or earning the reward.

That means the network saves both time and energy, but that still means having to figure out what should happen when communication breaks down between nodes or when a node is acting maliciously to try to spam or slow down the network. Doing this means a blockchain has to reach consensus without knowing if there are any bad apples in the network. 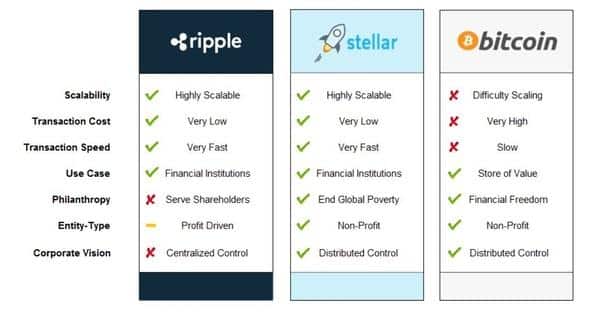 Problem Solving for Soldiers and Blockchains

In computing, this problem is known as the Byzantine Generals Problem. It’s called that because back in medieval times when a war would take place, a general would line soldiers up around the castle they are defending. Those soldiers would have to find ways to communicate, but there’s only so a battalion can do to shout instructions around a castle.

This reality left the possibility of intruders coming in and delivering false instructions, which could prove catastrophic and lead to unintended consequences. This is the main challenge of building a decentralized payment network. The fact that a blockchain must be able to validate transactions without having knowledge of whether the instructions being passed around are good or bad.

More on the Stellar Consensus Protocol

The Stellar Consensus Protocol is built to be a lot faster than Bitcoin. It accomplishes this by following a few basic principles. The first principle is easy to guess. The idea of decentralized control. Stellar doesn’t place any restrictions on which nodes can be validated. This cuts down the amount of decision making that takes place on the network, which means consensus can be reached within a few seconds, not minutes like on the Bitcoin Network.

This idea of not restricting participants in the network results in trust remaining flexible. Participants decide which nodes to trust. That gives everyone on the Stellar network a higher degree of autonomy than they would get participating on the Bitcoin network. Everything is just a bit more seamless.

The above features are great, but it’s the asymptotic security aspect of the Stellar Consensus Protocol that seals the deal. This security feature organizes digital signatures and hash families in such a way that the two don’t connect or depend on each other. This helps to defend against spamming or malicious activity, even if those activities are executed with a heightened level of computing power.

All of these technical features result in Stellar being infinitely more scalable than most other blockchains, including the one that drives the Bitcoin network.

How to Buy Stellar in Canada?

Buying Stellar from a reliable online exchange is a good idea. The top online exchanges provide enough liquidity to satisfy most orders and offer a low fee convenient way to get one’s hands on some Stellar Lumens. 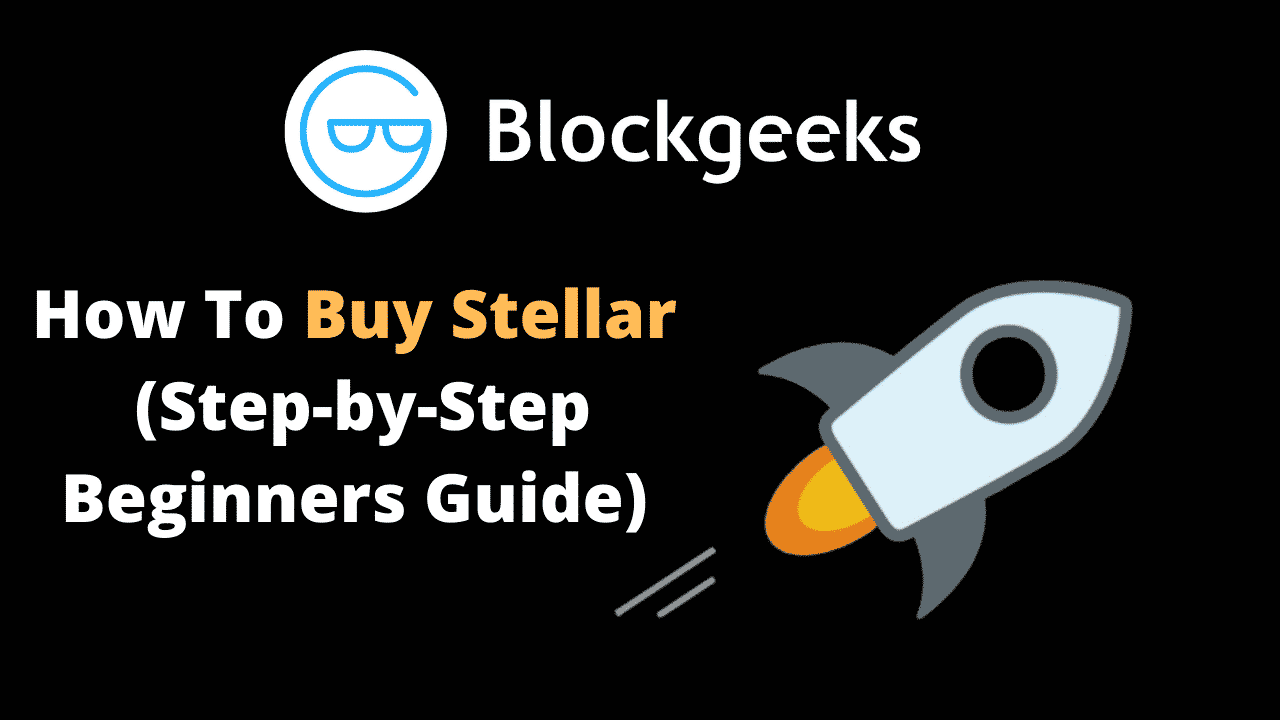 Most exchanges sell a handful of the top 10 cryptocurrencies on the market. Bitbuy is no exception. The exchange offers users access to Bitcoin, Ethereum, Litecoin, Bitcoin Cash, Ripple and Stellar among other coins. The interface is really simple to use for buying and selling currencies. It also has advanced features for professional traders. The best part is that signing up for an account is a really quick and easy process. All users need to do is provide identification, confirm their email address and wait for it to get verified.

Once the user’s identity is verified, they can pick from any number of funding options such as wire transfer and Interac E-transfers. This can all be done in Canadian dollars and it’s easy and convenient to complete transactions.

Once a user’s funds are transferred to the Bitbuy exchange wallet, users can click the Express Trade button and choose to buy XLM tokens on the next screen, and then Bitbuy will tell the user how many XLM tokens they can get using their current balance. It’s simple as that.

The exchange offers low fees, top-notch customer support and a strong commitment to security. It’s properly registered as a Money Service Business through the official government agency FINTRAC. Bitbuy has a reputation of being fully compliant with the law and a trusted place to store digital assets. Bitbuy has several interfaces such as Bitbuy Pro for advanced traders, and Bitbuy Express for newer users. They also have a mobile app on both android and iOS

Other Options for Buying Stellar

Aside from the Bitbuy platform, there are two other prominent ways to invest in Stellar and the Stellar Lumen token. Coinbase.com is a great method for US citizens. Coinbase allows users to buy Stellar Lumens instantly with a credit card. The fee for doing so is high, and the amount a new user can purchase is limited for security reasons. Coinbase is a go-to platform for many beginners.

The other option is more advanced and caters to traders. It means signing up for an account on an exchange like Binance.com and trading Bitcoin or other cryptocurrencies for Stellar Lumens. Cryptocurrencies listed on exchanges trade in pairs the way traditional foreign currencies do. A trader just starting out will want to learn about market and limit orders and other basics of trading in small amounts before trying to fill a large order.

One way or another, here’s to learning about (and potentially buying into) the Stellar network, one of the most promising projects in the blockchain game.

The post How To Buy Stellar (Step-by-Step Beginners Guide) appeared first on Blockgeeks. 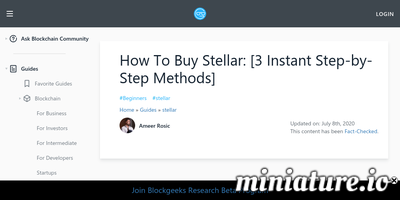