Home /
Blockchain Technology /
Is The United States And China Engaged In A Digital Currency War?

Is The United States And China Engaged In A Digital Currency War?

In 2019, a question was thrown at the US Fed Chairman, Jerome Powell, asking him how much has America progressed in terms of a Digital Dollar.  He was emphatic in stating tall all departments in the US government did not see any merit in the Digital Dollar.  In April 2020, immediately after China launched its […]

The post Is The United States And China Engaged In A Digital Currency War? appeared first on TechBullion. 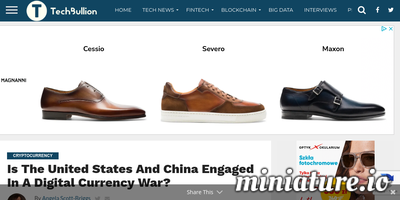