Michael Capiraso Shares the Inspiring Story of His Journey with NYRR

When one thinks of the New York City Marathon, one cannot help but think of Michael Capiraso. The two are synonymous because of his time with the New York Road Runners. Recognized as a visionary and transformative leader, Michael is the former CEO and president of NYRR. Over the years, he has established himself as […]

The post Michael Capiraso Shares the Inspiring Story of His Journey with NYRR appeared first on TechBullion. 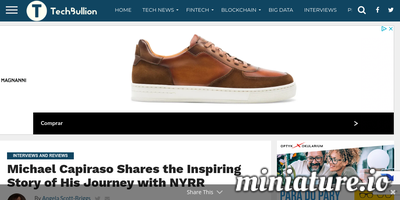