During the last 24hrs, NEO/USD pair went down by 0.9%, having moved from $17.5100 to the current price rate of $17.3556.  The bearish outlook was supported by the 21 day MA that was seen gravitating above the 7 day MA that signaled a bearish rally

Despite a bearish outlook, the price of NEO is likely to go bullish due to the new NEO’s Dgamemaker platform that provided game lovers a chance to practice their skills in game development.  As the growing gaming community expands, explore their interest in gaming the current market performance of NEO is likely to benefit. 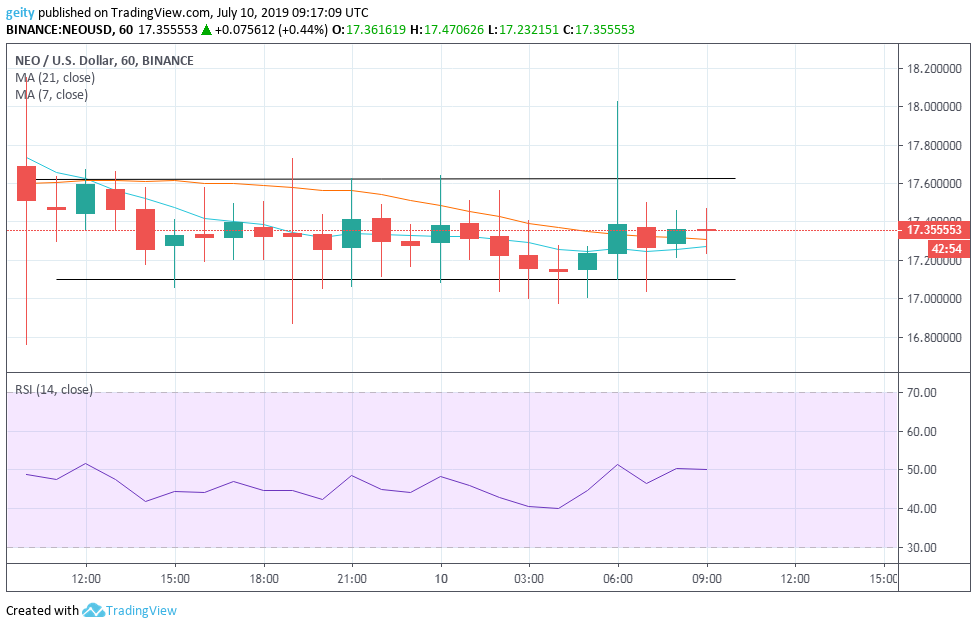 ADA has undergone a bearish outlook in the last 24hrs.  The descending channels confirmed the bearish rally. The 21 day MA is also seen above the 7 day MA that indicated a downtrend.  The RSI indicator X has dropped from a high of 48.20 to a low of 27.50, which showed that the market is currently on an oversold territory.

Following a strong sell-off that took place late June, the pair’s price has dipped by 4.3% over the last 24hrs, having moved from $0.079304 to $0.075876.  The bears seemed to have taken control over the market momentum, thus resulted in increasing sellouts. 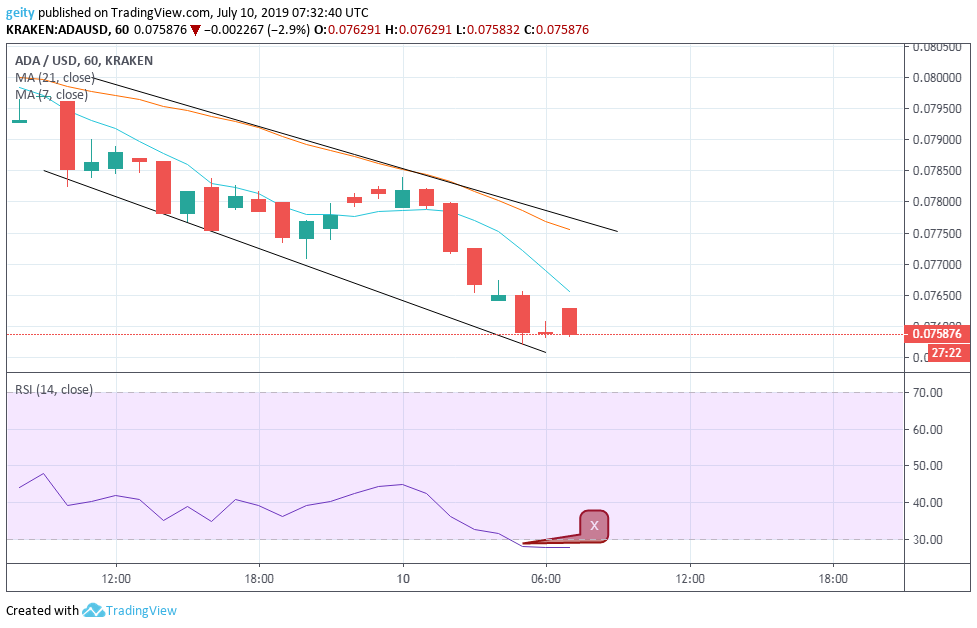 Despite a generally bearish outlook, the RSI is currently trading flat which, indicates a lack of momentum in the market.  Nevertheless, a bullish rally is likely to be seen if the bulls up there move. New targets should be stood at $0.07800.

The RSI indicator X reflected the downtrend since it dipped sharply to a low of 31.50 before it rose up to a high of 52.17.  The bearish signal was supported by the 21 day MA that was seen above the 7 day MA. Currently, the RSI is heading north, which shows the reluctance of investors to sell their XMR coin in anticipation for better prices.  The fall of XMR price may be due to the recent reveals of Monero’s blockchain security vulnerabilities. This allowed miners to access certain crafted blocks that forced the Monero Wallet to allow fake deposits for an XMR amount. 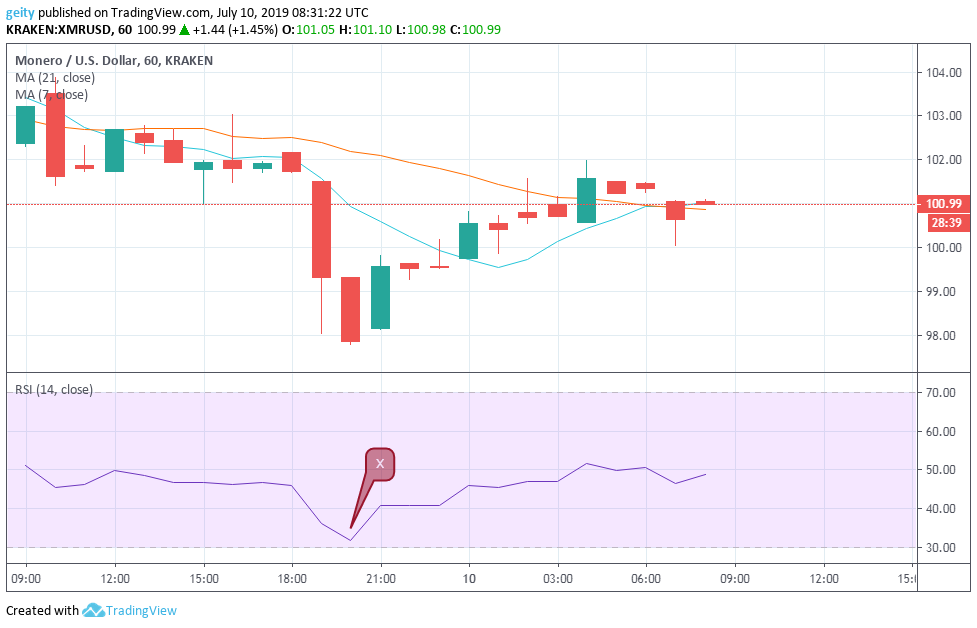 Currently, all the indicators point towards a bullish rally.  The 7 day MA has crossed over the 21 day MA, and the RSI is heading north that indicates a bullish signal.  New targets should be set at $102.05.

The post NEO, Cardano and Monero Price Prediction And Analysis For July 12th: NEO, ADA, and XMR appeared first on The Merkle Hash. 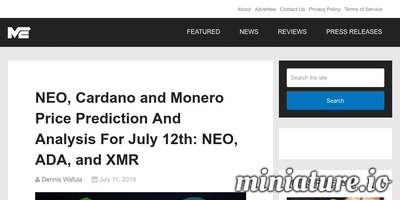