Home /
Crypto Currencies World /
Out of Ethereum: The Platforms That Emerged From Its Early Community

Out of Ethereum: The Platforms That Emerged From Its Early Community 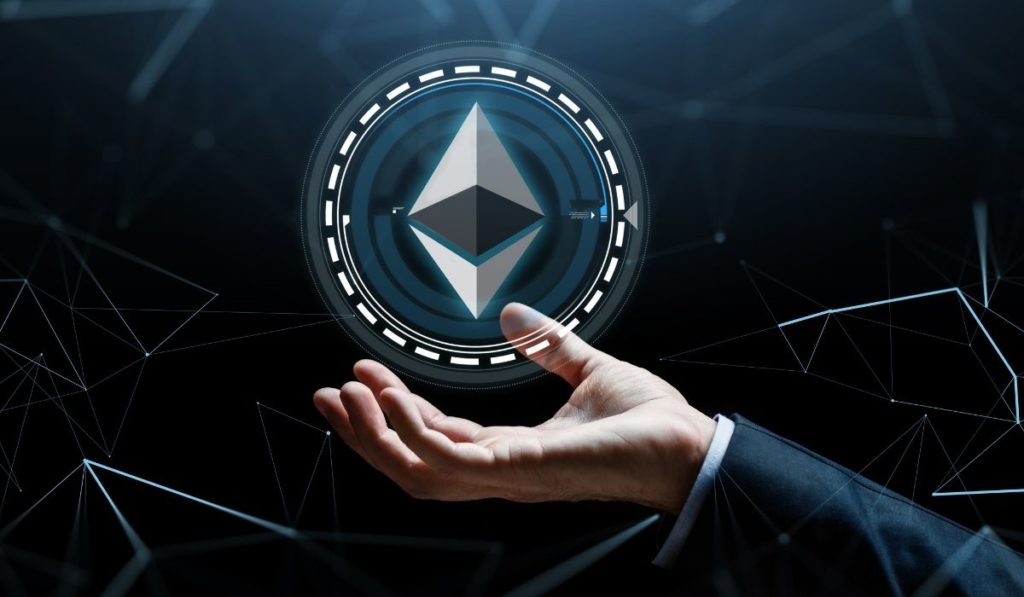 Launched in July 2015, Ethereum was originally conceived by co-founder Vitalik Buterin as “the world computer.” “How will the internet work in the future?” asked an early promotional video. “It will use Ethereum.” By offering a public blockchain with a built-in Turing-complete programming language, it allowed developers to write smart contracts and decentralized applications (dapps) with their own unique rules for ownership and transactions. As a 2015 ConsenSys blog post put it, it would eventually “build systems which really are internet scale: hundreds of millions of computers working together to do jobs we collectively need done.”


But this vision of a universal computer was diluted by Ethereum’s technical limitations. Problems with scaling — let alone achieving “internet scale” — first became especially apparent with CryptoKitties, an NFT-based game launched in late 2017 that effectively brought Ethereum shuddering to a halt, causing a sixfold increase in pending Ethereum transactions in December of that year. While Ethereum is working toward a 2.0 upgrade to help with scaling, the blockchain has effectively reined in its ambitions, with chief proponents calling it a “global settlement layer.”


Meanwhile, other platforms have emerged from Ethereum’s community proposing different solutions to these structural challenges, including Cosmos, Filecoin, Cardano, Polkadot, and the Internet Computer. Let’s take a closer look at these projects and compare their various approaches to the difficulties Ethereum has faced.


Founded by Jae Kwon and Ethan Buchman in 2014, Cosmos sought to solve many of Ethereum’s problems by creating a network of independent blockchains. As described in its whitepaper, such chains would be connected to the central Cosmos Hub, a proof-of-stake blockchain with its own native ATOM cryptocurrency. Each would function as “zones” within the overall Cosmos ecosystem, and each would communicate with the other via an inter-blockchain communication (IBC) protocol.


Cosmos’ attempt to improve on Ethereum’s weaknesses revolved around another key ingredient: its use of Tendermint Byzantine fault tolerance (BFT) in conjunction with a proof-of-stake consensus mechanism. Tendermint differentiates itself from more classical means of achieving BFT — the ability to tolerate failure or malicious actors — via its support of staking, which gives nodes different voting weight in proportion to tokens staked as collateral.


Cosmos conducted an initial coin offering in April 2017 and raised $17 million. Its mainnet launched in April 2019, with projects beginning to join the platform as zones in the months that followed. However, some behind-the-scenes differences led to co-founder and then-CEO Jae Kwon leaving Cosmos in early 2020, with co-founder Ethan Buchman presiding over the platform’s development.


Despite this potential setback, in February Cosmos launched Stargate, an upgrade that publicly releases its Inter-Blockchain communication protocol, which is meant to allow for interoperability between the separate chains comprising its network.


First revealed in its 2017 whitepaper, Filecoin is a decentralized, algorithmic market for storage. At its most basic level, it works by allowing users to pay miners to store or transfer data. Miners are paid in the blockchain’s native cryptocurrency, FIL, and they use Filecoin’s novel consensus mechanism, proof-of-replication, to cryptographically demonstrate that they’ve replicated a user’s submitted data. Filecoin also uses a second consensus mechanism, proof-of-spacetime, which can demonstrate that a miner has stored any given data for any given duration of time.


Filecoin describes its consensus mechanisms as examples of “useful work consensus.” In contrast to Ethereum, which like Bitcoin currently uses a proof-of-work mechanism, Filecoin miners can participate in consensus (in securing the blockchain) only by investing in storage capacity and storing user data. So rather than spending masses of electricity in order to produce hashes that lack any inherent value, Filecoin consensus is also what stores data within the network.


By marrying usefulness with computational work in this way, Filecoin seeks to ensure a greater degree of scalability than Ethereum. That’s because it incentivizes miners to grow the network’s storage capacity if they want to better compete for block rewards.


Having completed a $257 million ICO between August and November 2017, Filecoin’s mainnet went live in November 2020. It continues to expand its ecosystem and announce new partnerships, having recently deployed a cross-chain bridge with the Ethereum layer-two scaling solution Polygon.


Cardano was first conceived in 2015 by Charles Hoskinson, an Ethereum co-founder who left after differences over whether it should be a for-profit or non-profit venture. According to a 2017 essay by Hoskinson outlining the motivations for Cardano, it was conceived in part as “as an effort to change the way cryptocurrencies are designed and developed,” with a focus on providing greater scalability.


Hoskinson noted in the essay that cryptocurrency networks, including Ethereum, were “not designed to be scalable,” and that the security of most protocols at that point relied on all nodes possessing a full copy of the corresponding blockchain’s data. In contrast, the intended Cardano’s Ouroboros proof-of-stake consensus mechanism to be not only less energy-intensive in validating transactions, but also to be compatible with sharding. The latter would enable the Cardano blockchain to essentially split into different parts that would be responsible for keeping only a subset of its total data.


While Cardano in theory is more scalable and efficient than Ethereum’s current form, Cardano’s development has occurred in a very piecemeal fashion. Smart contracts were enabled only as recently as September 12 of this year, while further scaling solutions — such as the introduction of sidechains and parallel accounting — won’t be delivered until the forthcoming “Basho” era of its development.


Like Cardano, Polkadot is also led by an Ethereum co-founder, Gavin Wood, who published the protocol’s whitepaper in 2016.


In the document, Wood took aim at two elements of blockchain consensus, which he diagnosed as limiting Ethereum’s capabilities: canonicality and validity. In particular, he suggested that previous protocols committed the error of linking these two elements too closely together, and that a good way of improving the scalability and extensibility of any given blockchain protocol would be to compartmentalize them.


Polkadot is heterogeneous in the sense that it facilitates the decentralized interoperation of different blockchains with different consensus systems. Its serves as a “relay” between the other blockchains comprising its overall network, with its central relay-chain taking care of the canonicality of blocks, and with the other chains (dubbed “parachains”) taking care of their validity. At the same time, the fact that its network consists of multiple chains means that tasks may be shared and completed in parallel, thereby increasing its scope for scalability.


Polkadot launched the initial version of its mainnet in May 2020, following the prior launch of Kusama, an experimental testbed network that mirrors Polkadot’s functionality. One of Polkadot’s key features is that, as described in its whitepaper, it’s “designed to provide no inherent application functionality at all,” with its central relay-chain conceived as an anchor for new blockchain technology as and when it becomes available. As such, it could potentially become even more scalable in the future, assuming that it integrates with newer, faster protocols.


The Internet Computer was first outlined in 2016 by DFINITY founder Dominic Williams, who had previously been active between 2014 and 2016 in the Ethereum development community, most notably contributing the Random Beacon. Inspired by Ethereum’s original vision of a world computer, in 2017 Williams explained how the project would “directly address speed and capacity limitations for business providing means to boost computation and storage infinitely.” The Internet Computer aims to support a decentralized version of the internet, enabling the building of web-based enterprise systems, internet services, and financial services on a blockchain with no need for centralized servers or traditional intermediaries.


Key to the Internet Computer achieving its aims are two core components. Firstly, its architecture includes an on-chain “Network Nervous System” (NNS) that autonomously governs and communicates with collections of nodes called subnets, which in turn host the “canister” smart contracts that execute dapps and services. The NNS can indefinitely add more subnets (and hence capacity) over time, scaling up to thousands and potentially millions of nodes as demand increases. By handling stakeholder voting on governance proposals, the NNS makes the Internet Computer highly adaptive — a quality that is loosely comparable to Polkadot, which also has the potential to evolve.


The Internet Computer’s other core component is Chain Key cryptography, a form of consensus that uses only a single public key, making validation on the Internet Computer significantly speedier. This is helped by the platform’s division of smart contract executions into two types: “query calls” and “update calls.” While update calls result in permanent changes in a smart contract’s memory, query calls cause no such changes and are used only for requesting data. As such, they can execute in milliseconds (as opposed to two seconds for update calls), enabling smart contracts to serve HTTP requests.


Williams describes himself as an avid Ethereum supporter, and has written about how Ethereum can leverage the Internet Computer to increase the capabilities of its apps. “DFINITY does really contribute to kind of the leading edge of the space,” Vitalik Buterin remarked in 2019 on the Unchained podcast, “and that’s something that I really respect.”


Rather than rival Ethereum, each of these projects is trying to fundamentally complement and extend it in various ways. While it’s practically impossible to predict which will be more successful in the coming years, they’re all contributing to the evolution of blockchain technology in their own particular ways. Crypto Startup Ramp Gets Valued at $300M in Its...