Chronic loneliness can shorten lifespan by as much as 20 years – more than alcoholism or obesity. This epidemic is not new but it is still getting worse as Americans are getting increasingly lonely. In 2019, 61% of people felt lonely some or all the time, up from 54% of people feeling lonely in 2018. Most say that those around them do not share their interests, know them very well, or respect their abilities. All generations are feeling this loneliness, but the younger generations are more prone to feeling it as compared to older generations. But older generations are more prone suicide – 18$ of all suicides in the U.S. are seniors, the highest rate of any age group.

The reason for all this loneliness is based on a number of different factors. 77% of Americans say that they lack a social support system and a lack of social support can heighten risk for extreme loneliness. Everyone having someone to turn to for dependable help, trustworthy advice, and shared activities can help keep loneliness in check.

Loneliness can be harmful especially those with chronic physical and mental health conditions which can further complicate their already existent health problems. Loneliness can lead to poor health as those who are lonely are much more likely to have diagnosed depression, psychological distress, and overall poor health. It can also increase risk of other health issues such as diabetes, heart disease, and substance abuse. Loneliness can also affect the immune system’s functions – loneliness leads to a measurable effect on white blood cell count causing increased inflammation levels and decreased antiviral activity, as well as increasing norepinephrine levels which causes problems with the “fight or flight” response as well white blood cell production levels.

Learn more about how the loneliness epidemic is spreading across the country and how to combat it here: 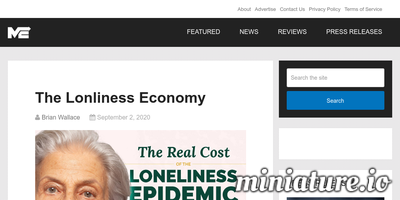