The mastermind behind a large-scale Twitter hack to promote a bitcoin giveaway scam has pleaded guilty and been sentenced to three years in prison. During the hack, a number of high-profile companies, politicians, and celebrities saw their accounts taken over to promote the cryptocurrency scam.

What do you think about the sentencing of this bitcoin scammer? Let us know in the comments section below. 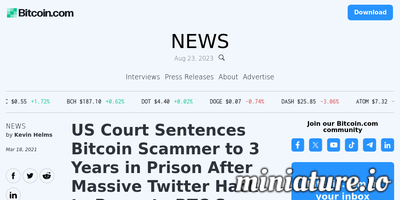