US legislators have proposed the development of a US dollar digital currency that will rival the soon to be launched Yuan cryptocurrency. According to the lawmakers, the move would help secure the USD’s position on the global market.

The general consensus is that a national digital currency should be under the control of the Federal Reserve. This would prevent the exploitation of users by manipulative commercial companies.

The American Bankers Association has, however, pushed back against the proposition. It has argued that the Federal Reserve would be transformed into an unstoppable service provider capable of monopolizing its position in the financial sector.

China has been working on its Yuan cryptocurrency for a while now. Its digital coin is currently under trial in major cities such as Suzhou, Chengdu, Shenzhen, and the Xiong’an New Area. There are numerous reasons why Beijing is keen to lead the national digital currency trend.

Is the US Further Weaponizing the Dollar with a Digital Currency?

The US government has slapped crippling embargoes on nations such as North Korea, Iran, and Venezuela. It recently also targeted a collective of Chinese corporations. The Trump administration accused them of aiding the Chinese government in undermining the rights of ethnic Uighurs.

In Iran and Venezuela, the US has devastated their economies by effectively weaponizing the dollar and stopping other countries from using it in transactions with them. The beleaguered nations have also been blocked from the SWIFT international money transfer network, turning them into closed economies.

The fact that China is still heavily reliant on the dollar for international trade makes it vulnerable. This is one reason why the leadership is keen to promote a frictionless global digital currency that is under the control of the PBOC, China’s central bank. A globally accepted digital Yuan would help undercut the USD dominance in Chinese trades.

Although China has signed accords with some nations to secure currency swaps, the agreements cover just over 3.4 trillion Yuan ($4.8 billion) in transactions.

Ultimately, the allure of the US dollar supersedes that of the Yuan across the globe. As such, approximately 60 percent of China’s forex reserves are in the USD currency.

There is a growing risk in holding the dollar because the US recently raised its fiscal deficit. The move is set to negatively impact the value of the currency in the near future.

The rollout of the Yuan cryptocurrency is set to begin on popular Chinese platforms such as WeChat and AliPay. 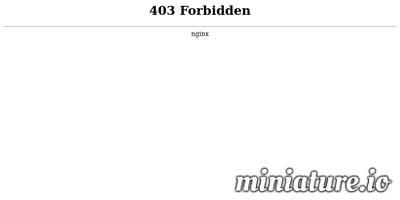 ‘We’re Not Liable for Crypto Scammers’...

Adam Back: Some ICOs Funded Useful Research Despite Being Unethical