Home /
Crypto Currencies World /
When will Fortnite servers be up?

When will Fortnite servers be up?

Fortnite servers shut down an hour ago due to a scheduled maintenance for the new 11.04 update. This will be the first update for Fortnite in 2020 and is rumored to fix various Fortnite glitches. Unlike most other game companies that give an approximation of how long the maintenance would take, Epic games did not disclose how long the servers will be down for.

Being the first update for 2020, and after such a long stretch of no new content, this update is expected to be HUGE. There are tons of rumors flying around, some suggesting that new mobility options will be added. As of right now, we only have the boat as our only vehicle on the map, it will be interesting to see what kind of vehicles might be added to the game in the new update.

How long with the maintenance last?

In this case, since we expect the update to be relatively big, my prediction is that servers will be down for approximately 2 and a half hours. At the time of writing we’re roughly an hour into the update so servers could come back up any minute.

To check whether the servers are up, visit the official Epic server status page: https://status.epicgames.com/

If you want to check out my Fortnite stream follow me on twitch.

The post When will Fortnite servers be up? appeared first on The Merkle Hash. 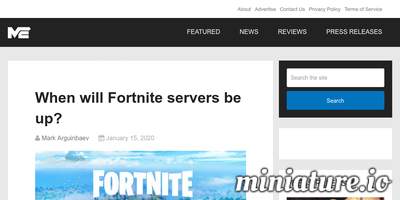 How to Ensure Bitcoin Tax Compliance in 2020...