Bitcoin’s price sentiment for September has changed compared to the bullish outlook that reigned in July and August.


Analysts were targeting a breakout beyond $12K in the previous two months, but Bitcoin is currently struggling to stay above the $10k mark. The next targeted higher level at $10,600 to $10,700 is also way below August’s benchmark of $11k.


The previous two months’ performance, combined with fiat money expansion in the traditional market, made bitcoin one of the few attractive secondary stores of value. While the volatility of its price has shied some investors away from hedging with Bitcoin, economist and crypto analyst Willy Woo stated that more institutional investors and whales are nonetheless increasing their BTC holdings.


“Many look at the BTC price and doubt it’s a hedge. High net worth individuals and funds certainly consider it to be true and betting on that with real money. Since this latest round of USD money supply expansion, entities have increased their holdings on BTC remarkedly.”


Crypto whales are one of the fundamental agents in the cryptocurrency market whose participation can rapidly change price movements. According to Glassnode, a whale represents a cluster of wallets with 1,000 to 10,000 BTC under a single entity’s control.


What’s next for Bitcoin’s Price?


Many technical analysts are forecasting a short-term bearish trend for Bitcoin, with an insistence on buying the dip, for later gains when prices start to rally again. According to crypto Michael, one of the factors influencing the pessimistic view on BTC is the comparison to the previous 2017 bull run.


“What the majority of people should realize is that we’re not in the same euphoria as 2017. That’s the last part of the cycle. Stop comparing this year to that, as we’re just currently in the build-du of a new cycle. And that goes way slower but more healthy.”


Away from technical analysis, fundamental analysts say that Bitcoin would need a big boost to initiate a drastic price rally. Many fundamental events occurred in August, which momentarily affected Bitcoin’s price, including institutional investments into bitcoin and the US Fed inflation speech, which was a sort of blow to traditional market investors.


In agreement with Crypto Michael’s outlook, Cantering Clark also thinks that Bitcoin will take a longer time than anticipated to record new higher levels unless a new catalyst is introduced.


“The truth is we most likely have about 1-1.5 years before $BTC makes a new ATH. Unless there is some major fundamental catalyst, this seems like a reasonable pace at the given rate.” 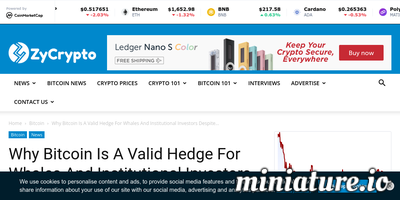 Australia Senate calls for the adoption of...

Understanding the landscape of decentralized finance
2

Meet in the Middle: Crypto Companies and Banks Are Evolving Together
3

Dissecting the possibilities of Bitcoin becoming a U.S national currency
5